Destroyer 666: “Spirit of the white man.” Colourful comments during a radio interview

In June 1997 Australian black metal band Destroyer 666 (or blackened thrash, according to some) were interviewed on The Hard Report, a heavy metal and hard rock show that aired every Sunday night on Melbourne community radio station Triple R FM.
The Hard Report is fondly remembered by many Melbourne metal heads. The show ran weekly from 10pm to 2am — which often meant strife if you had to be anywhere the next morning — and thanks to the dedication of its three hosts the show always had its finger on the pulse in the metal world.
As this live interview aired, Destroyer 666 were scheduled to play a Melbourne gig at the now-defunct venue that was Joey’s Ministry of Sound. The Destroyer 666 album Unchain The Wolves had been out for a little bit and so front-man Keith Warslut, along with Dave Deathsaw from Abominator, one of the support acts, were invited onto The Hard Report to talk things up.

Listen to the interview.

Keith and Dave began what was a fairly normal community radio interview: they seemed a tad nervous, the microphone creaked or wasn’t loud enough at first, and The Hard Report host Uncle Lew seemed a little bit unprepared.
Uncle Lew begins by introducing the lads and asking Keith about the new album. It all seems like standard fare, but before long it sounds like the interview subjects (or at least Keith Warslut) are perhaps less interested in providing serious answers than their interviewer was hoping for.
The guests begin by dropping a couple of expletives before Keith cracks open a can of Melbourne Bitter, right into the microphone. With discussion on the new Destroyer 666 temporarily derailed, Uncle Lew makes a second attempt to steer the subject towards the new album. This results in the following exchange.
KW: “We’re just trying to be, uh, fuckin pretentious I guess.”
UL: “In what way?”
KW: “Oh, big long songs, same riff, you know. It’s because I couldn’t make up any other riff. I just got one riff and played it over and over and over. Make up the fucking space.”
UL: “Well that is kind of endemic of a lot of the Norwegian sound.”
KW: “Yeah, except they’re skinny faggots.”

Uncle Lew ‘jokingly’ shrugs that one off and then tries another line of enquiry, this time about the artwork.
UL: “The artwork on the new album is quite sensational. Where’d you find that picture of that hungry wolf? And why’d you stick it on there?”
An awkward pause from Keith follows.
KW: “Alright it’s true, I stole the fucking thing, Jesus. I stole it from a calendar. And I stole the first cover as well. And the back cover I stole.
UL: “Yeah well stealing’s alright but, uh…”
KW: “And the inside cover. Both inside covers are stolen as well.” 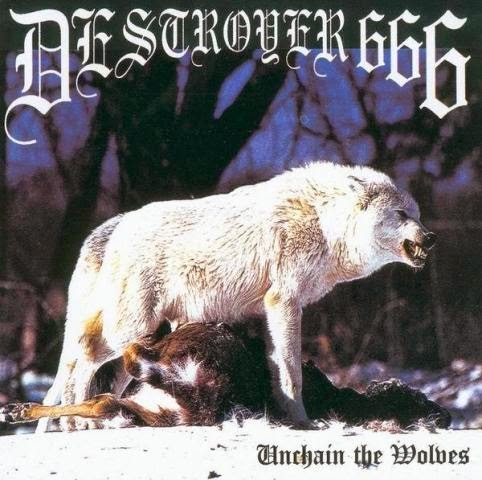 Uncle Lew, clearly struggling to get a serious answer from Keith, quickly moves onto another question, to which Keith Warslut drops the awkward-bomb.
“What does the wolf kind of represent on the cover as far as the music goes?” asks Lew.
“Strength and independence. Spirit of the white man,” responds Keith, in a voice that suddenly seems cool and collected.
“Yeah?” says Lew.
An agonizing pause ensues. Four very long silently awkward seconds pass.
Uncle Lew tries to laugh it off. Awkardly.
“Whatever that means, I’m not too sure Keith,” he says with a ‘laugh’. “Yes, well, yeah, whatever.”


He then hurriedly changes the topic to another band on the support slot.
Posted by Alternative and underground music at 2:04 AM